once in the level selection click on the button on the top left to join the online matchmaking.

Third party assets in use:

Cool game.
A kind of main goal would be nice like reaching heat 4.
Unfortunaly I died a lot when I increased the heat, but I played alone too. Maybe the difficulty is decreased when you play alone and increased when playing online.
But I also have no reason yet to increase the difficulty. Seems a bit unfair to invest the collected stuff into something that harms me. Like I said before, a goal that motivates me enough to increase the heat would be great.
You also collecting a lot of items like axes and so on that you don't really need. Maybe an option to sell your items to get more diamond would be nice.
But overhaul a very promesing game. I also liked that you have different tasks and different characters to choose from and every character has their own attack pattern. Very cool! 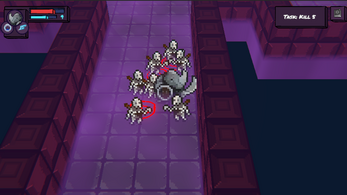 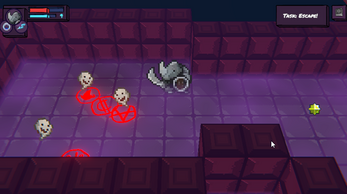 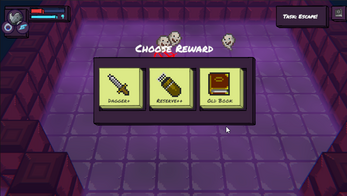 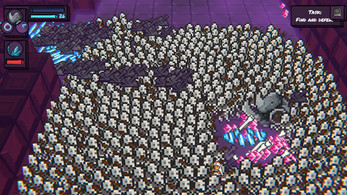